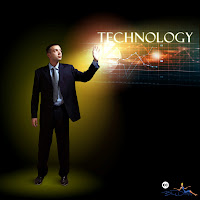 As an analog recruiter I am constantly keeping up with cell phones and the
technology of communication through these devices.

The Pew Research Centers Internet and American Life Project released a new study on cell phone use recently.  The study showed that the majority of cell phones in use today are smartphones.

That’s a new tipping point for the cellular industry.  Smartphone usage among U.S. adults grew to 56% in the past year, with 35% of cell users having a non-smartphone, and 9% not using any type of mobile phone at all.

The study indicated that those without smartphones tended to be low income, with a low educational attainment.

The iPhone was identified as an “elite” device, since its owners had a higher level of education and income.

So what do the statistics really mean?

They seem to indicate that the futuristic vision of Americans using advanced consumer technology devices is actually here.  We’re living that future---right now.

On the other hand, the data shows that while these very cool, futuristic devices are available, they have not spread into all the sectors of the population yet.  Technology costs money, and not everyone has it in equal amounts to spend on smartphones.  Yet truly widespread use is just a matter of time.

The 56% usage number is a big deal.  Smartphones, powered by semiconductors, are here to stay.  Their use will only spread as technology costs continue to drop over time.

We’re proud to be associated with the industry that makes smartphone use possible, the semiconductor industry.  The people we place in that field make these wonderful, futuristic devices possible.